Traditional rickshaw for a slower ride:

The Old Kwality Restaurant in Delhi. Memories from the sixties:

Worth a big Kingfisher Beer:

The famous old pub on the corner near Regal Cinema. It was Bobby’s in the 1960s, and an infamous disco. Became a sports bar. But still surviving.

Cars have taken over. One saw mostly Hindustan Ambassadors in the sixties. Now traffic jams. 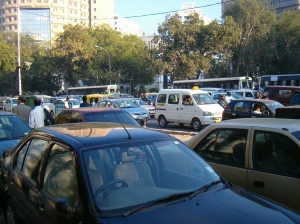 Still selling books on the street in the same place where I bought my paper backs in the 1960s. And mostly bootlegged. 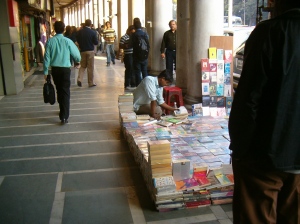 The Easy way: Roll it

Modernization: India opened to imports after the 1980s. 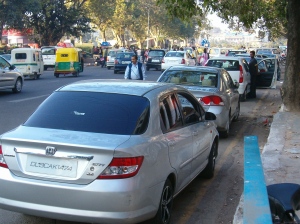 The old Hindustan Ambassador, a classic. Sadly, no longer produced in India.

Clumsy but reliable. Having one in the sixties probably put one in the top one percent in India. 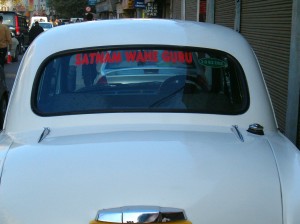 Take me to your Guru.